In 2017 we were lucky enough to travel to France for the Disneyland Paris 25th Anniversary! Disney goes all out for its anniversary celebrations: for the 25th anniversary of Magic Kingdom in WDW, the castle transformed into a giant birthday cake. Needless to say, our expectations were high and Disneyland Paris exceeded them! We’re going to share our experience at the park, and what you can expect.

The Main Street train station had a huge 25th anniversary banner up, wowing us as we first walked in. 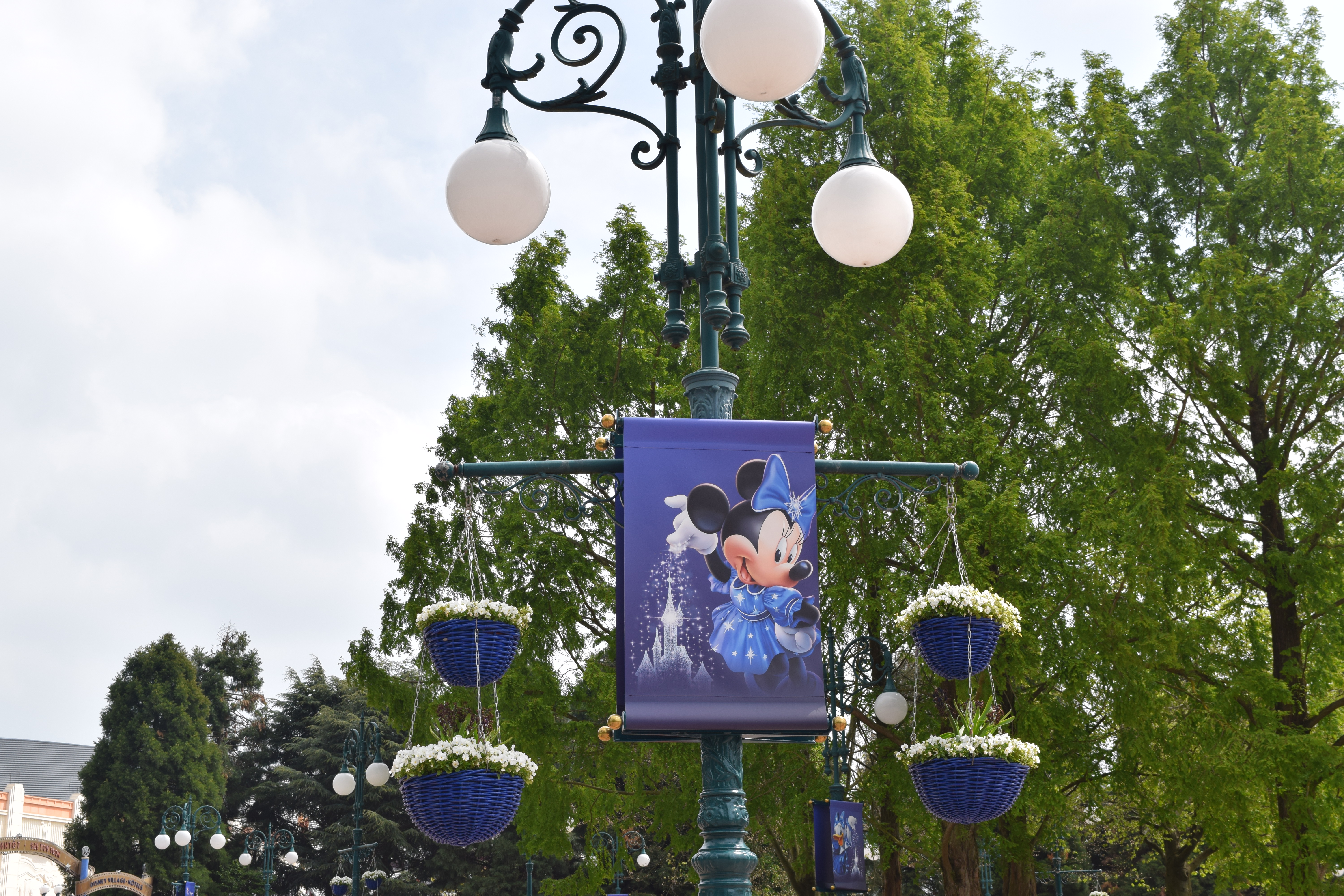 We had to stop into the ice cream parlor for a quick treat. To our surprise, the ice cream came with an imprinted “25th” wafer! There were tons of other snacks to celebrate the anniversary, but this is the only one we tried.

The castle show had beautiful blue staging that blew us away – we must have taken hundreds of pictures of the show on our cameras!

When we ended our day we headed to the Emporium for some 25th anniversary gear. We each bought a Disney pin commemorating this event, and Mouselet 2 grabbed a 25th anniversary sweater! Our pictures, memories, and souvenirs will make this trip forever special in our minds, and we can’t wait to go to Disney for another anniversary!

If you have any questions about planning a trip to Disneyland Paris, let us know in the comments. We’ve been twice now!