Did You Know?
•
Walt Disney World

Have you ever wondered what a dragon is doing on the logo of Animal Kingdom? Chances are, you never noticed it even though its front and center in the logo. This dragon actually has a long and detailed origin, one that dates back to the lost land of Animal Kingdom called “Beastly Kingdom”.

Beastly Kingdom was a land that was meant to be built in Animal Kingdom in Phase II of the park. It was to be located in the land that was later used for Camp Minnie Mickey, and currently has Pandora: The World of Avatar. It would have anchored the park expansion. The plan for this expansion was to breath new life into the park soon after its opening, after it had gotten its feet wet, and after it had earned back some of its massive budget.

The dedication for Animal Kingdom was done by Michael D. Eisner on April 22, 1998. It read as follows:

Welcome to a kingdom of animals… real, ancient and imagined: a kingdom ruled by lions, dinosaurs and dragons; a kingdom of balance, harmony and survival; a kingdom we enter to share in the wonder, gaze at the beauty, thrill at the drama, and learn.

The park was to include three types of animals: real, extinct, and imaginary. The real animals can be seen on the safari and in Rafiki’s Planet Watch. The extinct animals are in Dino Land U.S.A. The imaginary animals can be seen by the Yeti on Expedition Everest, and now in Pandora. However, there was meant to be a whole land devoted to imaginary animals like unicorns, dragons, and sea monsters. This land was never built.

To learn more about Disney attractions, lands, and parks that never came to fruition check out this book

! It’s one of our favorites to read.

This land was to feature realms surrounding both good and evil creatures. The good realm would have had the attraction Quest of the Unicorn. This attraction was going to be a mythological maze that lead to the grotto where the unicorn lived. Another attraction in this realm would have featured the Fantasia Gardens, based off of the movie “Fantasia”. This ride would have been a musical boat ride that took you through animal scenes of the movie, similar to the Huffalump scene in “The Many Adventures of Winnie the Pooh”.

Final scene of the Quest of the Unicorn

The evil side would have had an attraction called Dragon’s Tower. This attraction would have included a fire-breathing dragon that guarded a treasure in the tower’s chamber. A group of bats would have threatened the dragon’s throne and riches and would have enlisted the guests help by taking them on a wild roller coaster ride.

Roller coaster, guests would be suspended as the bats

Remnants of Beastly Kingdom can still be found in the park. There is a parking lot section called “Unicorn”. There also used to be a dragon-shaped stone fountain found in Camp Minnie-Mickey. A dragon head statue is still on top of one of the ticket booths at the park entrance.

Camp Minnie-Mickey was intended to be the entrance to the Beastly Kingdom. The most obvious landmark, now gone with the building of Pandora, was the cave in Camp Minnie-Mickey that exhorted blasts of fire and had suits of armor displayed outside of it. There are also hidden details in the park, such as a dragon waterfall!

The imagineers who dreamed up Beastly Kingdom ended up leaving Disney and joining Universal Studios (and we’ll leave it at that). Before Harry Potter Land opened at Universal Studios, the Lost Continent was very similar to the original plans for Beastly Kingdom. The Dragon’s Tower ride became Dueling Dragons, and the Quest for the Unicorn became the Flying Unicorn (now named Flight of the Hippogriff). Many of the ideas that had been planned for Beastly Kingdom were present in the Lost Continent area as well. 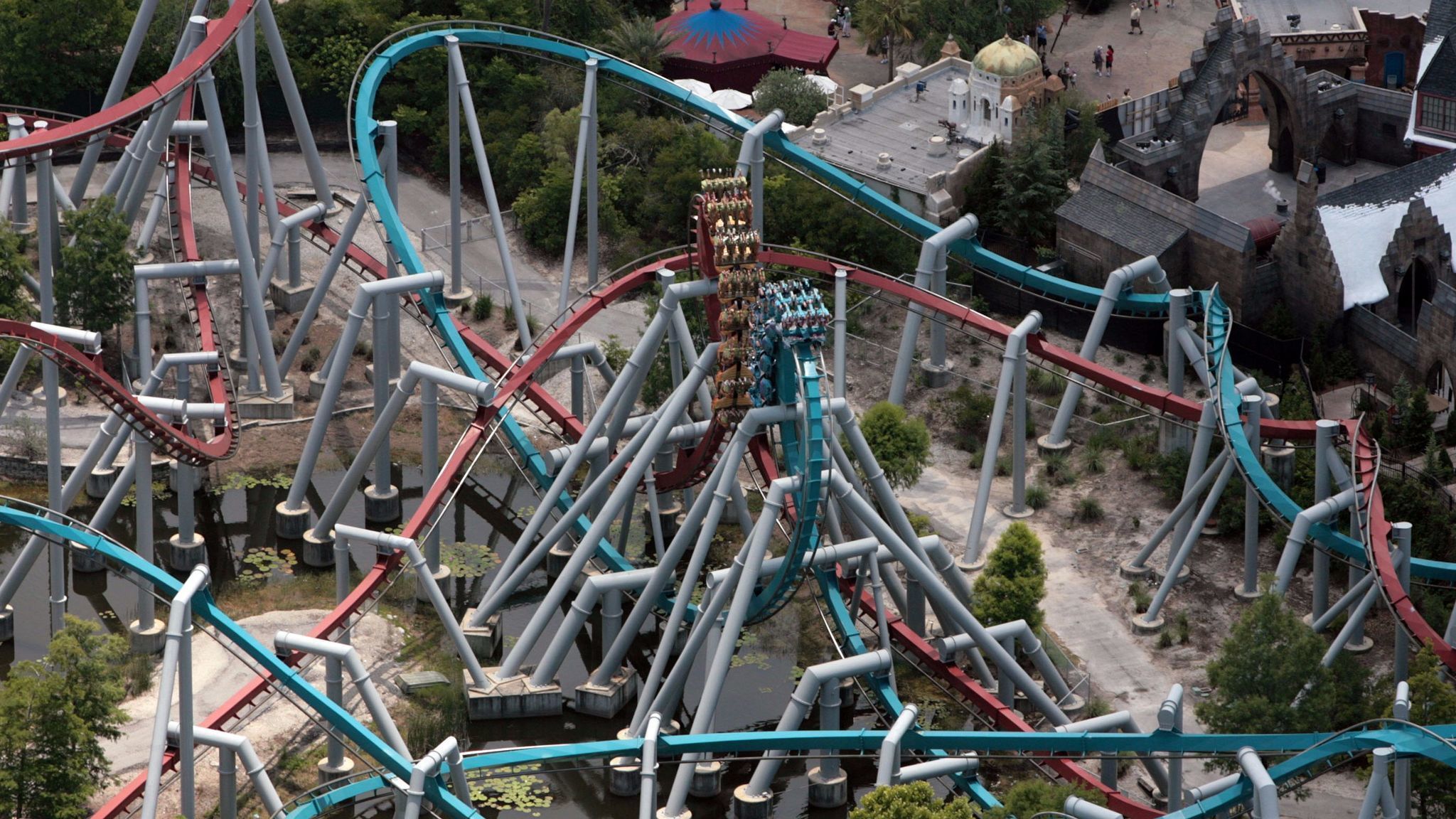 So no, this land was never created. Looking back on it, we don’t know how much this land would have appealed to guests. Mythical creatures are definitely a niche that not everyone enjoys, and it would not have involved any classic Disney characters. We are also huge Pandora fans and this new land would not have been possible if the Beastly Kingdom was built! Nonetheless, Disney always blows us away, so we can imagine the theming of this area would have been amazing.